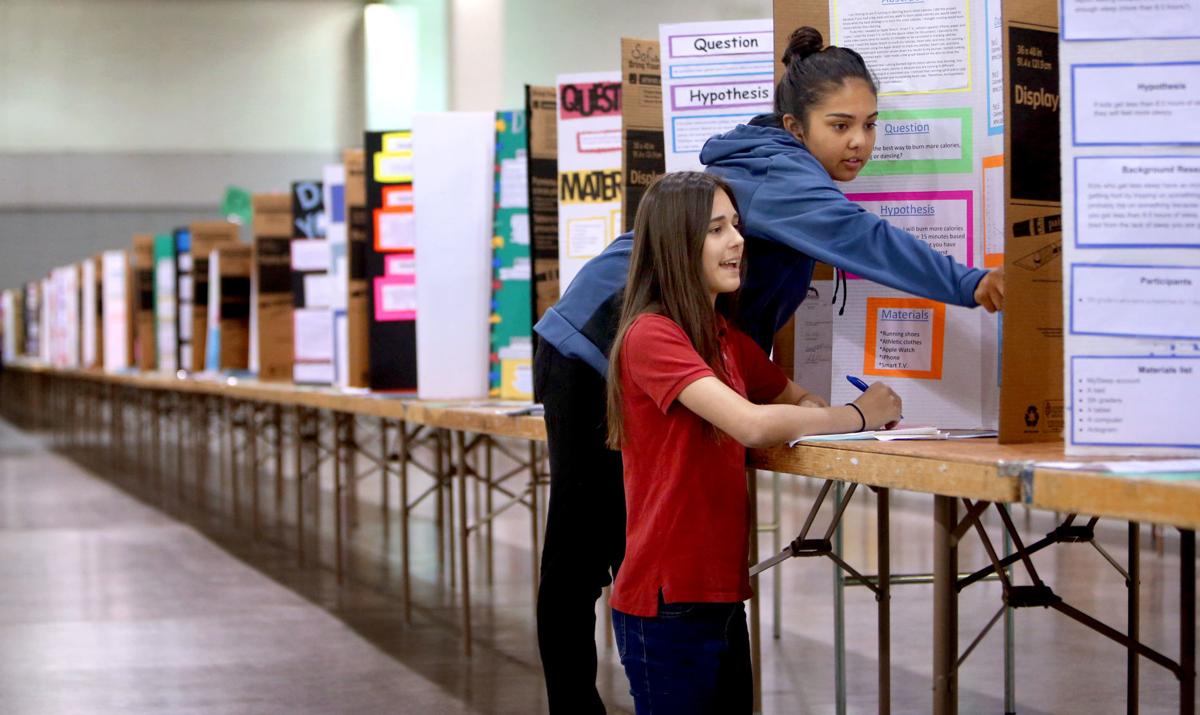 Photo by Kelly Presnell of the Arizona Daily Star

For 65 years the SARSEF Fair has been inspiring students to ask big questions and find answers through science and engineering.

(Tucson, AZ) March 11 through 14, thousands of students, PreK through high school, will eagerly share their research projects at the Tucson Convention Center. They are taking part in a Tucson tradition by representing the top 15% of all student research projects in southern Arizona at the 65th Annual SARSEF Science and Engineering Fair powered by TEP.

What started as a small regional science fair of 200 students in 1955 has grown to be one of the largest science fairs in the world 65 years later. In that span of time, many grown alumni participants are seeing the benefits of all their hard work testing hypotheses and neatly crafting their project boards to display.

The SARSEF Science and Engineering Fair is the signature event of SARSEF, an Arizona nonprofit inspiring students to think critically and solve problems through science and engineering. SARSEF programming includes outreach in schools, teacher professional development, a student research lab at the University of Arizona, and a solar go-kart program called Racing the Sun.

Jeremiah Pate is one of many Southern Arizona students who grew up with the SARSEF Fair. He is pictured as a first grader at SARSEF Fair on the left and a high school student competing at ISEF on the right.

Jeremiah Pate, who participated in the SARSEF Fair throughout his entire childhood, was recently named on the Forbes 30 Under 30 – Manufacturing & Industry 2020 List at the age of 21 and credits SARSEF for his success.

The research Jeremiah conducted for SARSEF as a high school student led him to compete on the international level at ISEF and eventually found his own company, Lunasonde.

“SARSEF is really the only thing that added an experiential component – that allowed me to develop and to be an innovator. I can’t overstate this: SARSEF is an incredible organization and it’s had a huge impact on my life. I might have been a scientist or engineer before but wanting to change the world I owe to SARSEF,” Pate shared.

The Fair provides opportunity for students to be recognized for their intelligence and encourages them to explore questions that are important to them.

“Too many students, every year, decide that science and engineering are not for them,” explains Liz Bowman, SARSEF’s CEO. “By including students as young as preschoolers in the fair, we are trying to get ahead of that voice in their head that says they’re not good enough. We give them the opportunity to see themselves as scientists and engineers with the ability to solve any problem, big or small.”

If you are interested in volunteering or judging for SARSEF Science and Engineering Fair, contact Julie Euber at julie@sarsef.org or visit sarsef.org/jointhefair2020.

SARSEF was formed in 1955 in an effort to increase student interest in the field of science. The mission of SARSEF is to teach Arizona’s K-12 critical thinking and problem-solving skills as they participate in Science, Technology, Engineering, and Math (STEM) through inquiry-based learning and research.

SARSEF accomplishes this mission through a variety of programming including SARSEF Research Fair Week, educational outreach programs with an emphasis on underrepresented populations in the sciences, teacher professional development, ACES Camp for Middle School girls, Racing the Sun, and Arizona STEM Adventure.