Zoe Nickola, Grade 7, Homeschool, Tucson, AZ and Matthew Moore, Grade 8, Crane Middle School, Yuma, AZ competed against 3,474 other middle school students from across the country to earn their recognition as two of the top 300 Broadcom MASTERS. 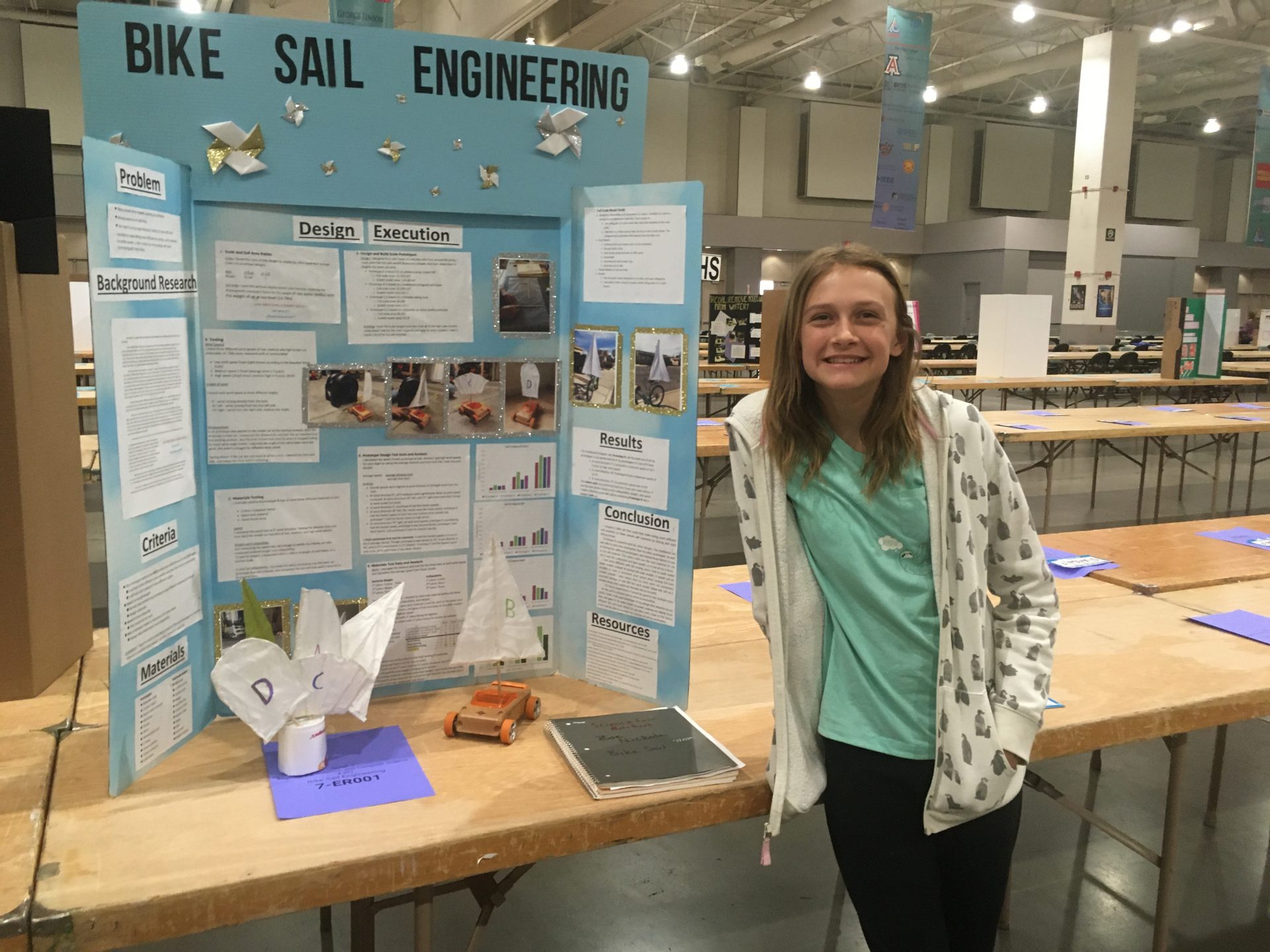 Zoe Nickola, a seventh grader from Tucson, Arizona, was one of two SARSEF Finalists named as one of the Top 300 Broadcom MASTERS. She poses with her project during set up at the 2020 SARSEF Science and Engineering Fair.

To be nominated for the national competition, students must first compete in a Society-affiliated science fair. Both students participated in the SARSEF Science and Engineering Fair, and won a grand or special award in their category.

Moore’s project focused on determining which purification method is more effective in reducing the number of E.coli colonies on sprinkler-irrigated romaine leaves, and Nickola’s project was on bike sail engineering.

“First I researched people who had made bike sails before but there weren’t very many. Then I researched all the different types of sails and how to sail on boats,” Nickola explained. “I tested four different kinds of sails that were to scale for the bike. I used some fans to test different speeds and I tested different angles to find out which one was better. My conclusion that the traditional triangular sail was the best style.”

Nickola and Moore competed against 3,474 other middle school students from across the country to earn recognition for their research as one of the top 300 Broadcom MASTERS.

Nickola hopes to continue completing science projects in the future and encourages other students to do the same.

“Think about doing a science project not as work, but as a fun project to show what you can do and how you can think outside the box. You get to test your ideas,” Nickola shared.

Each of the Top 300 Masters will receive a $125 award from the Department of Defense STEM and an exclusive prize package. Thirty finalists will be chosen from these top competitors to compete for more than $100,000 in awards and prizes. Finalists will be announced on September 16.