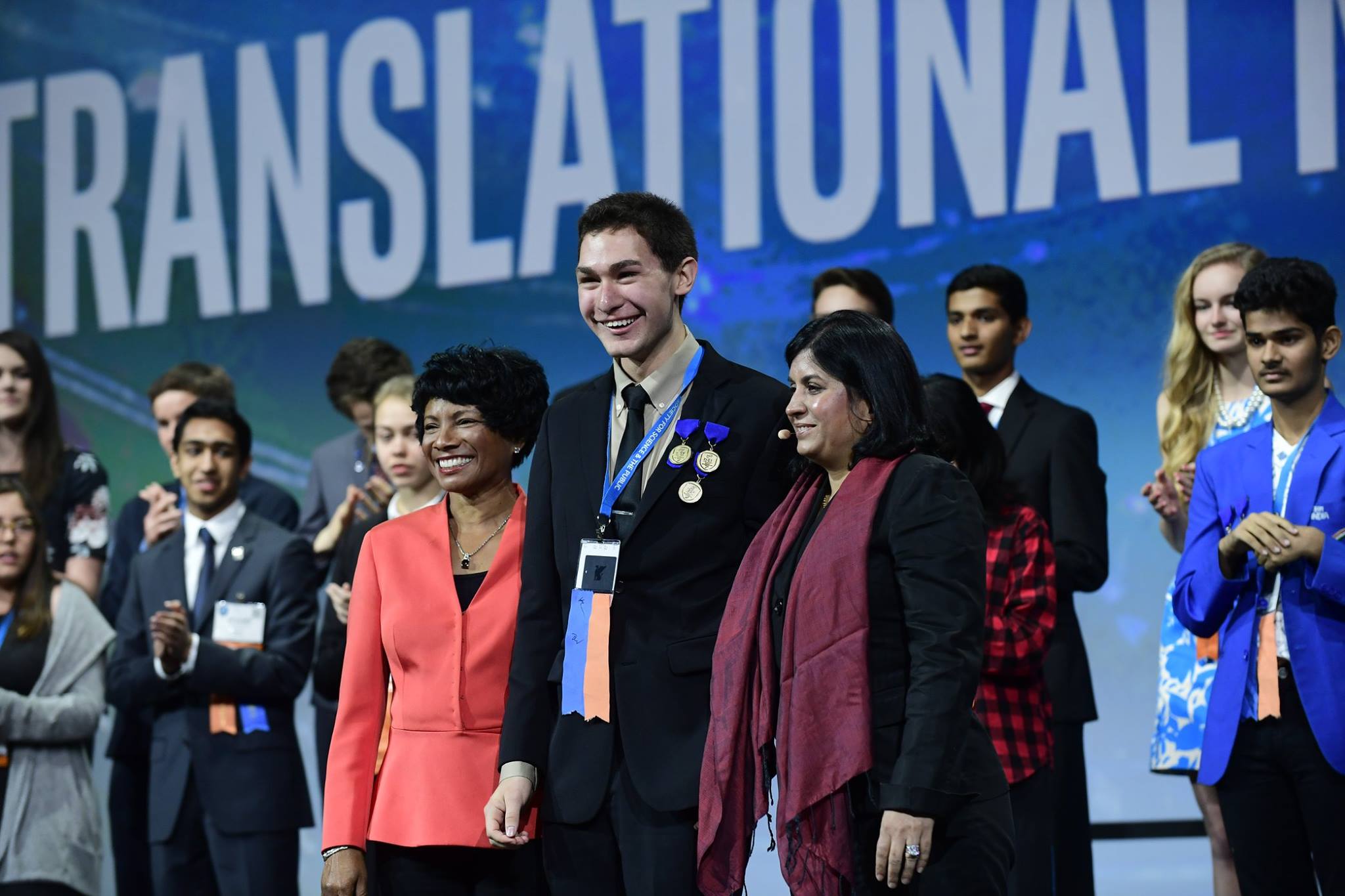 Jeremiah Pate started with SARSEF early, creating a project out of paper airplane designs in first grade to see which one would fly the furthest. He entered every year, but neither science nor the fair really took hold of him until high school when he was selected to go to ISEF for the first time. “When I won that award, I had no clue what I had just won, and I turned to the guy next to me who’d been there before and asked ‘we’re actually going to LA?’ Before that it was a hobby, but ISEF defined my high school years.”

Not that he was rewarded at school for his dedication to his science fair projects. Neither elementary, middle nor high school provided Jeremiah with help on his projects, and he was actually discouraged from participating in high school because of the fear that it would take time away from tests. “The only support I got was from SARSEF and the web of contact from SARSEF- never from the schools. SARSEF is really the only thing that added an experiential component – that allowed me to develop and to be an innovator. I knew I wanted to be in science and STEM, but before I was a cog in the machine – I never would have had that spark to change the world – that’s what SARSEF gave me. That exigency. There are big problems in the world, but you can solve those through science.”

Jeremiah credits his experience with SARSEF and ISEF with giving him that vision. “I went to ISEF four times during high school. When I wasn’t there, I was preparing for it, and it had a massive role in my trajectory and career because I saw not just science for science sake, but science to solve really big problems. I saw that science is defined not by the problems we have, but the problems we choose, and there are no problems too big. I thought the big problems in society were for the important people to solve – ISEF taught me differently.”

Jeremiah’s science fair projects involved Parkinson’s research, and he says the only reason he stopped is that he doesn’t have the computing power to continue. “Going to college I continued my Parkinson’s research that I started for ISEF, and I’m still working on it, but I started my company, which was inspired by my work at ISEF.” Unlike most approaches to the disease that keep looking smaller, molecule by molecule, Jeremiah designed a molecule “about 1000 times larger and more complicated than those small molecules. I’m waiting until I have the computer and financial resources to go to the next phase in my research.” Until then, he’s taking the same larger perspective and applying it to finding and understanding underground resources. “I use satellites to look for water, minerals, and energy. Traditionally satellites look at the surface, but these look at the planet in 3D – we take an MRI of the planet earth – take old-school industries like mining and water management into the Internet age. We want to digitize that data and make it available in an Internet type fashion.”

Whether he finds new sources of water, or new ways to combat Parkinson’s, Jeremiah insists the source of his passionate curiosity for applying a larger perspective will always be his SARSEF experience. “I can’t overstate this: SARSEF is an incredible organization and it’s had a huge impact on my life. I might have been a scientist or engineer before, but wanting to change the world I owe to SARSEF.”