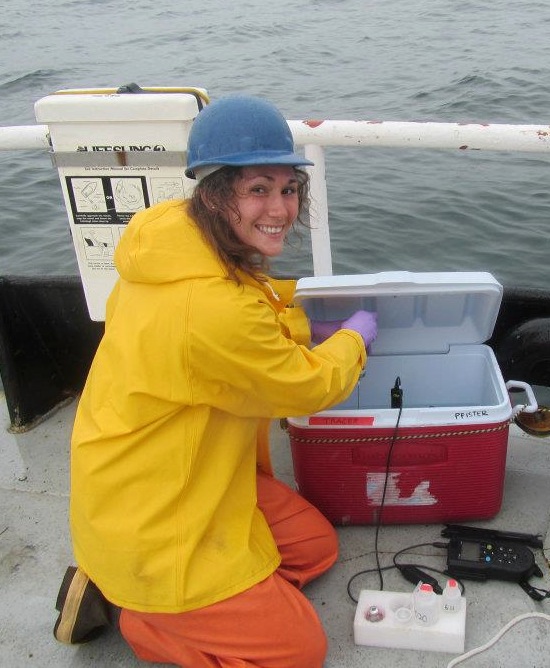 Lyda Harris learned early that she was most successful with science when she related it to where she lived. “My first science fair was in fifth grade and I didn’t even make it to SARSEF, but  in sixth grade I did a project on mosquito larvae and different outdoor containers because we have such a problem with yellow fever in Tucson, and that’s when I realized maybe I could do science – maybe I was good at it.” Lyda had seen lots of science already, as her mother is a wildlife biologist, but she didn’t know if she wanted to pursue science herself until she went to ISEF as an observer in eighth grade. “I did a project on groundwater and grey water – also very Tucson oriented,” made it to SARSEF, placed first, went as an observer to ISEF “and that really changed things when I saw all these kids with really great questions. So, I decided this is what I want to do.” Lyda attended a high school that didn’t require science fair projects, but she kept doing SARSEF on her own all four years. She even convinced her school district to become dual enrolled in two high schools so she could take a research methods course and get some mentoring on her SARSEF projects. “I spent junior and senior year going back and forth between the two high schools, and my senior year I did very well, and got scholarship funds for college, even if I didn’t make it to ISEF.”

Lyda credits SARSEF with helping her find not only her kind of people, but also her kind of fun and her kind of science. “I loved SARSEF so much, and my high school was a great school – everyone there was a giant nerd and pretty happy with that as an identifier — but I was the kid who wanted to do more. I’d stay up late analyzing numbers and figuring out a way to present them in a way that the public could understand. My fun time was late at night laminating stuff for my board – it was a big deal to drive myself to Kinko’s when I turned 16.” And yet, she wasn’t alone. All the SARSEF students she met “had a glint in their eye as if to say ‘I can change the world.’” Additionally, in studying micro-plastics in zooplankton, Lyda found a passion for marine biology and learned how to do research. Those skill sets got her research opportunities in college, such as field research in marine biology in Washington State while she was an undergrad in Chicago. Now, Lyda is a PHD student at University of Washington “doing research on the effects of microplastics on marine organisms – specifically mussels. But I would never have known about that field if it weren’t for SARSEF.”

Lyda says SARSEF taught her that, just like a science fair, actual science is going to be most meaningful when it gets the community involved. “Having been in graduate school, I’ve run into people who made it to ISEF, but I’ve not run into anyone who shares the same kind of passion that kids from Tucson do about SARSEF. I haven’t found anyone who has that special feeling about another state science fair – they have the feeling about ISEF but not about the local level.” This feeling resonates with Lyda because she sees with her current research that “to do anything in science we have to do things at a local level, and to get people to understand, you have to relate the science to them and what they’re experiencing on a day to day basis. SARSEF does such a great job getting the local people involved. I competed for a while, then I was a judge, and I met PhD students from University of Arizona, along with people from local industries, and it was really nice to see the community brought together.” Lyda wants to see the same kind of community gather around local issues, feeling that science will be most meaningful if it inspires people to take local action to improve the problems being researched. “I loved doing something with a result that I shared with people and that would help us understand the world. Even as a PhD student presenting my research, I get the same feeling now that I did at SARSEF.”