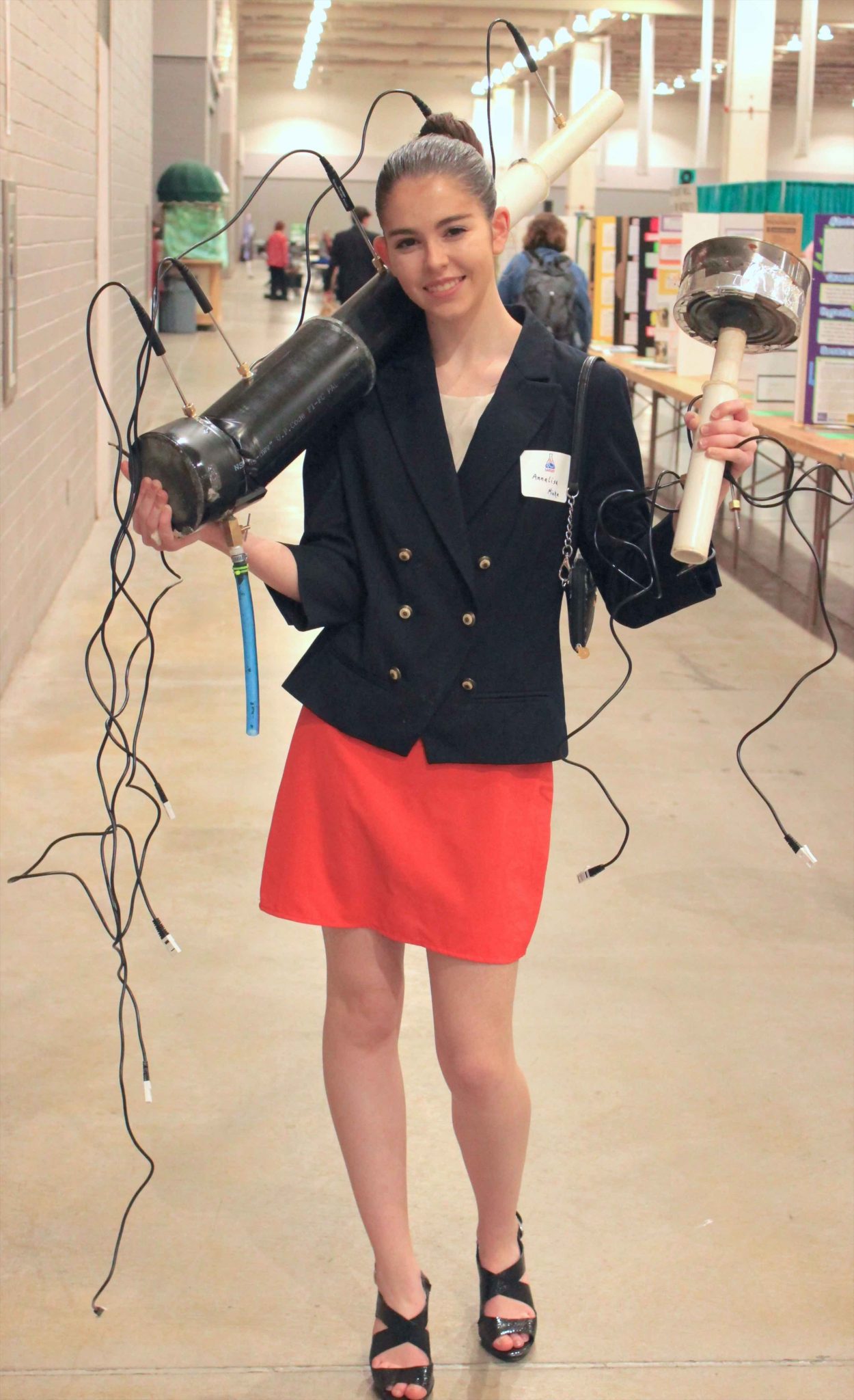 “This project measures the effect of additional water vapor on temperature throughout a model of the troposphere. The project was done in an attempt to uncover whether or not the water vapor produced by human transportation and industry is effecting global warming along with carbon dioxide. A delta of the data does suggest that water vapor could be a reason we are seeing a gradual change in the earth’s climate. This project is important because it can raise awareness that everything can impact the environment even stuff that is harmless to us like water vapor, and will encourage more experiments into how the high temperature water vapor produced by industry is effecting our climate, weather and atmosphere.”